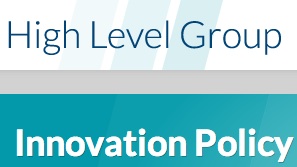 During 2014 I took part to the works of the High Level Group on Innovation Policy Management. This group of experts from Academia, Industry and Government worked on the definition of a set of recommendations for the European Innovation Ecosystem. The group met three times, in Dublin, in Amsterdam and in Rome, and it is due to produce the final report in the course of the month of August to the Italian Presidency of the European Council.

“Improving the coherence between EU, national and regional innovation policies is key to complete an European Ecosystem of Innovation for a competitive, knowledge-based economy ”

Rome, July 8 – Minister Stefania Giannini opened today the meeting of High Level Group on Innovation Policy Management (HLG) at the Italian National Research Council (CNR) in Rome, where she indicated that “the creation of jobs, improving education and solid research are the pillars for a strong Europe in a global scenario”.

According to the Minister, the work and recommendations of the Group are “very close to the priorities of Italian Presidency of the Council”. Innovation in education, where a legislative package will be presented to the Italian Parliament next month, and the strengthening of the European Research Area, were highlighted as particularly relevant for Europe’s future.

Invited by the Italian Presidency of the Council to celebrate its  third session of works in Rome, the HLG will now finalize its report, addressed to the European Institutions and Member States, on how to improve Europe’s innovation policies. Once finalized, the report will be presented to the EU’s Competitiveness Council in September and to the European Council and the Commission thereafter.

Among the members taking part in this innovative initiative there is a strong presence of Italian stakeholders. In addition to the representative appointed by the Italian Government, two Italian companies (ENEL and VERTIS) are within the selected Group of European companies participating in the HLG.

Among the more than 50 draft recommendations proposed by the Group, more evidence-based policy-making, independent impact assessments, a review of comitology procedures and stronger role for the Chief Science Advisor to ensure quality assurance are included.

Prof. Stefan Schepers, Secretary General of the Group, commented that “to improve competitiveness and to create more value in the industrial sector, the EU must better align public policy objectives and long-term business strategies while taking societal demand and global market developments into account”.

The HLG on Innovation Policy Management is a temporary, independent and tripartite group of  innovation experts comprising representatives from EU Member States, the European Council, European Commission, business and academia. It was launched by the Polish presidency of the European Council in December 2011, and continued its work under the Irish and Italian Presidencies.