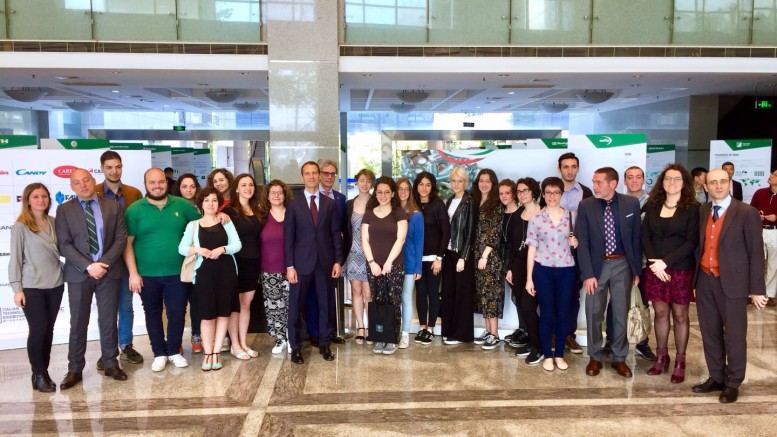 On April 17th, in Chongqing University (CQU), took place the inaugural ceremony of the Italian Technology Exhibition, a roadshow of Italian tech companies in China. The aim of the exhibition was to show to students, researchers and business leaders, the cutting-edge technologies of 25 companies successfully operating in China in the field of mechanical engineering, mechatronics, manufacturing and industrial automation.

The host of the event, Lorenzo Gonzo, Science and Technology Counsellor of the Consulate General of Italy in Chongqing, highlighted how the strong commitment of the Association of the Italian Scholars in China (AIICC) and the support of the Italian Embassy in China, the Italian Trade Agency, the China-Italy Chamber of Commerce, the Galileo Galilei Italian Institute (GGII) and CQU, made the inauguration of this exhibition possible.

The welcome greetings by Meng Weidong, Vice President of CQU, emphasised how this exhibition exemplify the close cooperative relationship between Chongqing and Sant’Anna School of Advanced Studies. Started in 2004 with the first academic exchanges between the two institutions, the relations deepen with the foundation of the Galileo Galilei Italian Institute in Chongqing in 2007 and the establishment of the Confucius Institute in Pisa in 2008.

In his speech, Filippo Nicosia, Consul General of Italy in Chongqing, expressed his honour for hosting the Italian Technology Exhibition in Chongqing, the economic and industrial powerhouse of Southwest China. He emphasised how Chongqing is growing rapidly and how it is continuously enlarging its horizons internationally, also showing much more interest for what Italy can provide not only in terms of culture and art, but also in new technologies and innovation.

Alberto, as representative of the Association of the Italian Scholars in China and Director of the GGII, highlighted that thanks to its strong synergy with Italian institutions, universities, research centres and industries, the AAIIC fosters the academic, scientific and technological collaboration between Italy and China. Alberto remarked how the goal of this exhibition was to enhance the awareness of Chinese people on Italy as leading industrial and technological country in the world. He also spent few words on the importance of these highly specialised and technologically advanced Italian companies as representatives of the perfect match between Italian manufacturing excellence and Chinese strive for economic growth.

Alberto remarked the unique role played by the people for the past and future success of the Sino-Italian relations. In fact, at the end of the day, “the success story of the Italian manufacturing excellence in China is also the result of the fruitful people-to-people exchange between these two countries that has been taking place since the early stages of the relation.” 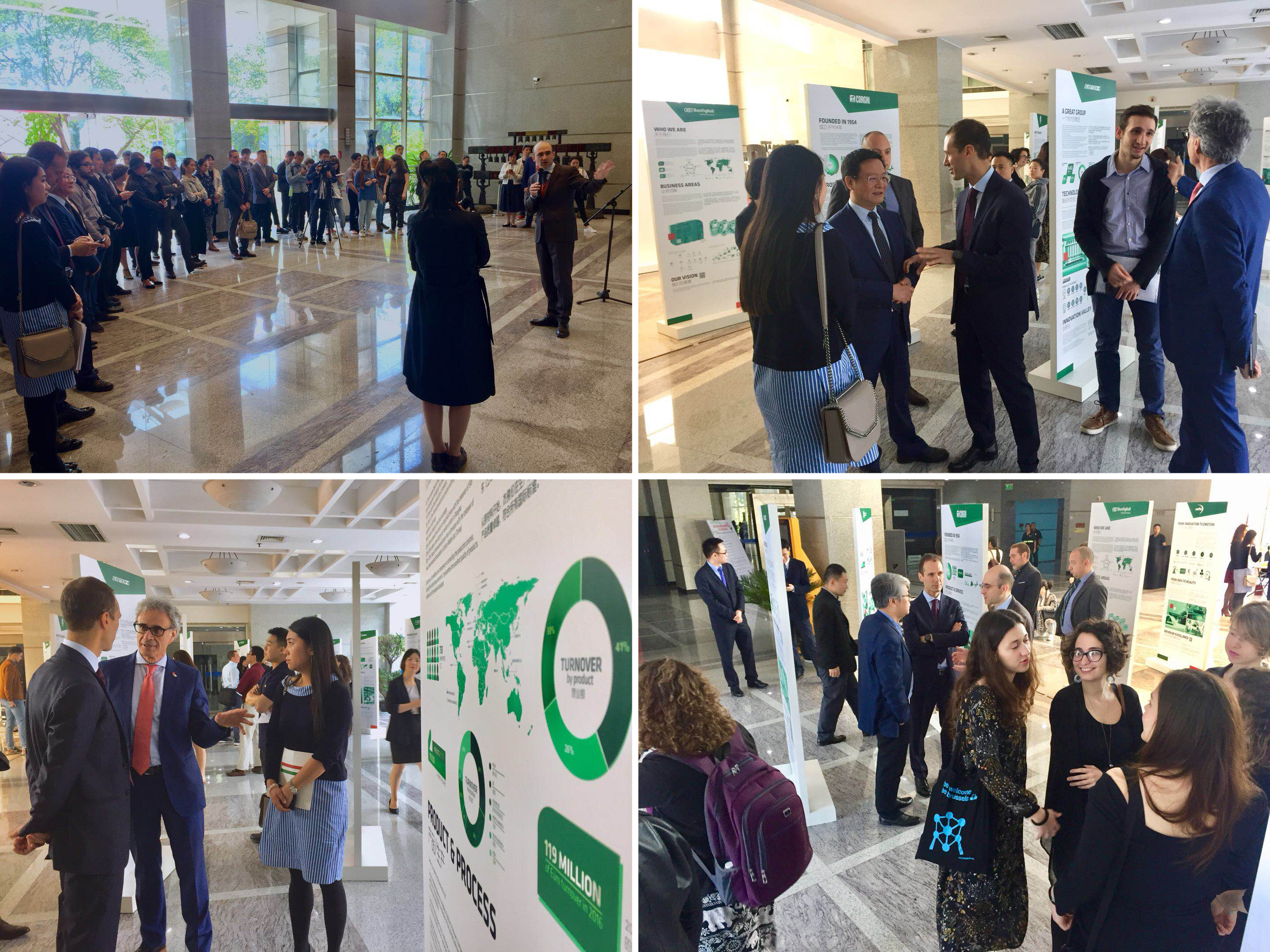 The exhibition, which has already been successfully held in 2017 in several important Chinese cities such as Suzhou, Nanjing, Beijing, Shanghai, and Guangzhou, will remain on display in the main teaching building of Chongqing University until May 4th.