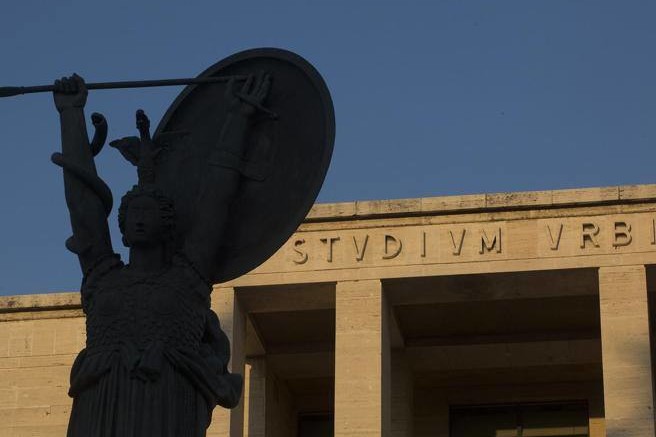 Proposal for a Special Issue of the Journal of Technology Transfer

The transfer of science and technology developed within universities has for long been recognized as a critical component of national innovation systems (Lundvall ed. 1992; Nelson ed. 1993). However, later studies (Cooke 2001) suggested that innovation systems might be better understood as regional ones, thus suggesting that local universities have an even more central position in technology transfer, due to their salience in their home regions. In fact, universities, on top of their role at national and international levels, can also be relevant sources of knowledge for regions, through the provision of trained personnel to local firms (D’Este et al. 2012), the close interaction with local industry players increasingly intent upon collaborations in research and development, technology discovery and transfer, continuing education and upgrading, and involvement in schemes meant to encourage university-industry relations.

In the introduction to a recent Research Policy special issue, Autio et al. (2014) called for greater consideration of the regional context when studying innovation and entrepreneurship. This is not surprising as previous research confirms that knowledge transfer of all types is most effective when senders and recipients are in geographical and institutional proximity (Boschma 2005), where they can share common understandings, perspectives and goals. Further, there is evidence that knowledge transfer activities are most effective – and most probably easier – as long-term dialogues within established partnerships instead of one-off occasional technology purchases. Recent research on Silicon Valley (Kenney et al. 2014) and Cambridge, England (Breznitz 2011) would suggest this to be the case. Numerous studies highlight the importance of robust regional networks to achieve success at global level (Etzkowitz and Leydesdorff 2000).

Italy represents an interesting laboratory for understanding university technology transfer, as it is well known for its regional clusters in traditional industries (Becattini 1990), but also for achieving significant international success in various medium and high-tech industries such as industrial automation, machine tools and packaging, food transformation and other sectors including shipbuilding, measurement systems, and energy. By the early 2000s, it was clear that Italian companies had to increase the innovative content of their products; both to defend traditional industries that were experiencing global price competition and to consolidate medium and high-technology ones that faced pressure from increasingly capable global competitors. Moreover, Italian companies and clusters were faced with developing or reinforcing their competitive strategies in new and fast-growing innovative sectors – a number of which were based on technologies that were, at least, in part due to results drawn from university research. Moreover, European policy-makers have introduced a wide variety of funding schemes to encourage increased interactions between SMEs, large companies and universities, specifically at local level, with the aim to leverage the traditions and histories of local territories and their industrial specificities in an effort to transform these idiosyncrasies into valuable advantage to improve regional, industrial competitiveness.

In many Italian regions, regional governments have identified specific areas for local investments, based on the territorial competences and on an assessment of industrial strengths where local specificities could contribute to growth so that they can become dominant players at the national and, as importantly, the international level. This conjuncture of strategies and recognition that European and Italian firms and industries must participate in industrial upgrading and where possible develop new industries, meant that policy makers, local, national, and at the EU level, felt that renewed and strengthened university-industry interactions were vital to pursuing this goal.

In the Italian case, for the most successful clusters, universities have played a role in developing and transferring technology that had an integral role in upgrading (Camuffo & Grandinetti, 2011). Similarly, in most industrial economies, particularly in Europe and Asian nations such as Japan, it is not just high-technology, but also middle-technology industries such as machinery, and even sectors such as food and textiles which were able to increase their innovation-based competitiveness thanks to regional knowledge-based partnerships. Even if many nations seek to develop new industrial clusters in high-technology industries, i.e. chase the Silicon Valley rainbow, existing industries are still a particularly relevant basis for a number of regional economies, just like in the Italian case, where, among other things, keeping manufacturing jobs might reveal not to be an old-fashion dream. Italy has a few large cities and a rather large number of small and medium sized towns, industrial districts, and middle tech-based clusters, many of which have their own university and public research centers (Lazzeroni & Piccaluga 2015). It is therefore a country where much of the research and innovation activities are taking place “in the provinces,” where many of the universities are located.

Given that Italy has a significant part of its economy which is based on born-local and internationally-grown industries, it is remarkable that there has been a paucity of studies looking at how universities contribute to the territories they are settled in, not only in terms of traditional technology transfer mechanisms – like those implemented world-wide by most universities – but also by assisting traditional industries in their innovative paths. In fact, many technologies spun-off from universities prove to be extremely relevant for traditional industries to innovate, grow and internationalize. Knowledge and technologies transferred from universities to the market place can generate different impact depending on the specificities of the local territories, on their companies, on their local networks, thus reinforcing the idea that, within the same countries, there are different regional innovation systems, ruled by different logics. In order to understand their success, it is desirable to pay more attention to the way universities, local companies, clusters, and networks are intertwined.

In terms of ‘traditional’ technology transfer mechanisms, i.e., Technology Transfer Offices, patenting, licensing and spin-offs – almost all Italian universities have mechanisms similar to those in other OECD nations (Bonaccorsi and Piccaluga 1994; Baldini et al. 2006; Fini et al. 2011; Cesaroni and Piccaluga, 2015), and some of them operate at the global-level of best practice. Moreover, the Italian public research system is experimenting new forms of knowledge transfer that might assist in the creation of new innovative industries (Giunta et al. 2016), as well as strengthening the existing ones.

The scant attention, in the academic literature, to the role of universities in existing regional industries and, more generally, in enhancing regional innovation systems, may reflect the approach adopted by many scholars looking mainly at U.S. like contexts, focusing on cutting-edge technologies and entrepreneurship, and under looking the ‘less’ exciting and often difficult daily interactions with local industry and firms that are often family-owned (De Massis et al. 2015). Such an approach excludes the understanding of countries that form the basis of successful European economies including Germany and their regional industries (e.g., Audretsch and Lehman 2016) that innovate and grow following different dynamics. Moreover, concentrating only on high-tech to high-tech knowledge transfers devalues other types of interactions. An example to this regard is provided by Giuliani and Bell (2005) who showed, in the case of the Chilean wine industry, how universities played an important role in industry upgrading, through local dynamics, which could not be measured through traditional metrics, including patents, spin-offs or even co-publication with industry.

Italian universities are of particular interest because some of them are among the oldest in the world and were often initially founded by wealthy regional leaders. A number of others have been established more recently, often in connection with specific regional need. Today, Italian universities must balance the objective of global academic excellence and the need to be engaged locally, and, in particular with their regional and local industrial communities. Such engagement should be an interesting case for scholars of technology transfer, also because of the relevance of these dynamics for other parts of the world. Scholars might also be interested to analyze the interplay between the central government, which determines university budgets, the universities that must identify their medium- and long-term objectives, and regional governments that understand regional needs, but can offer few incentives to researchers.

By using Italy as a single case study, with high-quality and diverse contributions, the Special Issue will widen academic understanding and research into the ways and extent to which universities in countries with less emphasis on the highest technologies interact with their regional industries and succeed to have them proliferate and grow. More importantly, as middle-income nation with many family businesses, strong regional specialization, relatively limited research funding, and a middle-technology industrial base, the technology transfer lessons from the Italian case will be applicable to a wide variety of other countries and regions.

While the call is directed toward technology transfer studies in Italian universities, all contributions should:

Both quantitative and qualitative submissions are encouraged. However, all papers considered for the JTT Special Issue will be subjected to a peer-review in keeping with that of JOTT.

Other topics of interest can include the organization and management of technology transfer processes, the role of the humanities and applied arts contribute to technology transfer, universities as engines for regional development, different university strategies for different territorial contexts, and U-I collaborations in Italian strong industrial sectors such as food and machine tools.

Extended abstracts should be prepared in accordance with Journal of Technology Transfer guidelines and submitted to the Guest Editors Prior to November 15, 2017. When submitting, be sure to indicate the submission is for the special issue. All submissions will be subject to a rigorous, double-blind, peer-review process. A number of submitted papers will be invited to a workshop which will be held in Pisa in June 2018, during which research results will be presented, shared and discussed.

Baldini, N., R. Grimaldi, and M. Sobrero. 2006. Institutional changes and the commercialization of academic knowledge: A study of Italian universities’ patenting activities between 1965 and 2002. Research Policy 35(4): 518-532.

Cesaroni, F. and Piccaluga, A. 2016. The activities of university knowledge transfer offices: Towards the third mission in Italy. International Journal of Technology Transfer
41(4): 753-777.

Etzkowitz, H. and Leydesdorff, L. 2000. “The dynamics of innovation: from National Systems and “Mode 2” to a Triple Helix of university–industry–government relations.” Research Policy 29(2): 109-123.

Alberto Di Minin is Associate Professor of Management at the Scuola Superiore Sant’Anna in Pisa, Alberto is Research Fellow with the Berkeley Roundtable on the International Economy, University of California – Berkeley, and Director of the Galileo Galilei Italian Institute at the Chongqing University. Alberto’s research deals with Open Innovation, appropriation of innovation and Science and Technology Policy. His latest publications appeared on California Management Review, Journal of International Business Studies, R&D Management Journal, and Research Policy.

Martin Kenney is a Professor at the University of California, Davis and a Senior Project Director at the Berkeley Roundtable on the International Economy (BRIE). He has published or edited six books and over 140 scholarly articles on university-industry relations, venture capital, Silicon Valley, and entrepreneurship in the U.S. and Asia. He has edited Special Issues in Research Policy, Journal of International Business Studies, Industry and Innovation, and Strategic Entrepreneurship Journal. He is a receiving editor at Research Policy and edits a book series in innovation and globalization for Stanford University Press. He has published articles in Research Policy, American Sociological Review, Economic Geography, Journal of Economic Geography, Journal of Management Studies, Journal of Business Venturing, and Journal of Technology Transfer, among others.