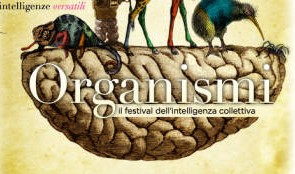 October 14th and 15th – Bologna
Do you have a top ten list of books for the last decade?
I have never though about one, but if I did probably The Wisdom of Crowds by James Surowiecki (2004) would make it there.

A few years after being exposed to these ideas, I have tried to apply some of the theories of this book with my friends of CNA Next, in Bologna, during their annual gathering (titled Organismi: il festival dell’intelligenza collettiva), for an unusual experiment of collective intelligence applied & tested on an audience of young and brave entrepreneurs.

The result was “A letter for Italy”, written together with the 200 people in the audience.