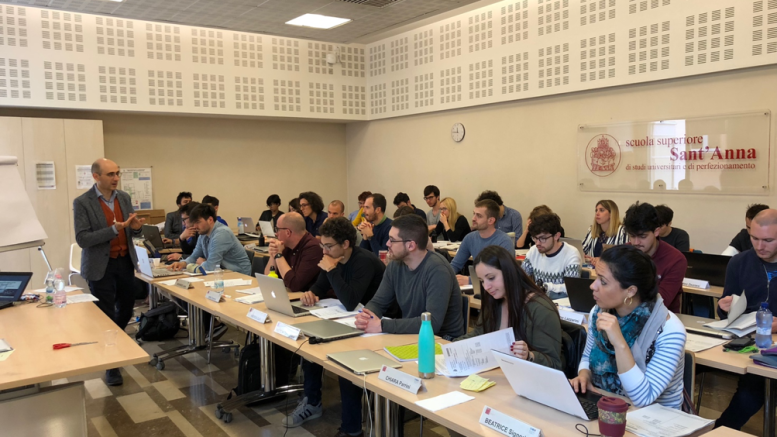 On May 7, 2018, at the School of Advanced Studies in Pisa, within the activities of the Master MAINS (Master in Management, Innovazione e Ingegneria dei Servizi), took place the Workshop titled: “Introduction case analysis of IPR Strategies”, a collaborative event organized by the Institute of Management and supported by the European Patent Office (EPO).

EPO through the European Patent Academy, its education and training arm, improves intellectual property training and education in Europe. 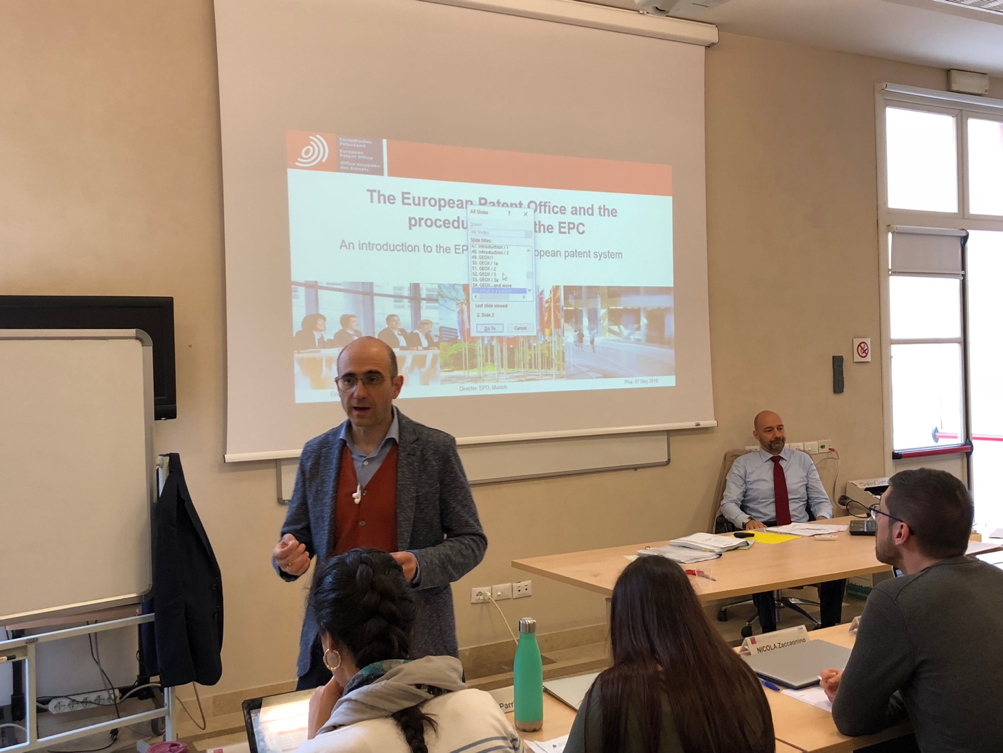 The aim of this one-day workshop was to introduce the students to the basic contents of the Intellectual Property management and strategies, and to initiate the students to the use of the patents in academic environment, through the submission of patent documents and understanding the examination process as performed by EPO examiners.

Alberto, opening the morning session, introduced the keynote speakers and underlined the importance of the market of ideas in which intellectual property management plays a key role in firms’ strategic behaviors to implement innovations and to prevent others in improperly exploiting others’ inventions.

He reiterated the crescent attention that the intellectual property is receiving, from different economic actors with respect to the past, such as universities and small-medium enterprises, and how this phenomenon is increasing the number of patent applications all around the World. 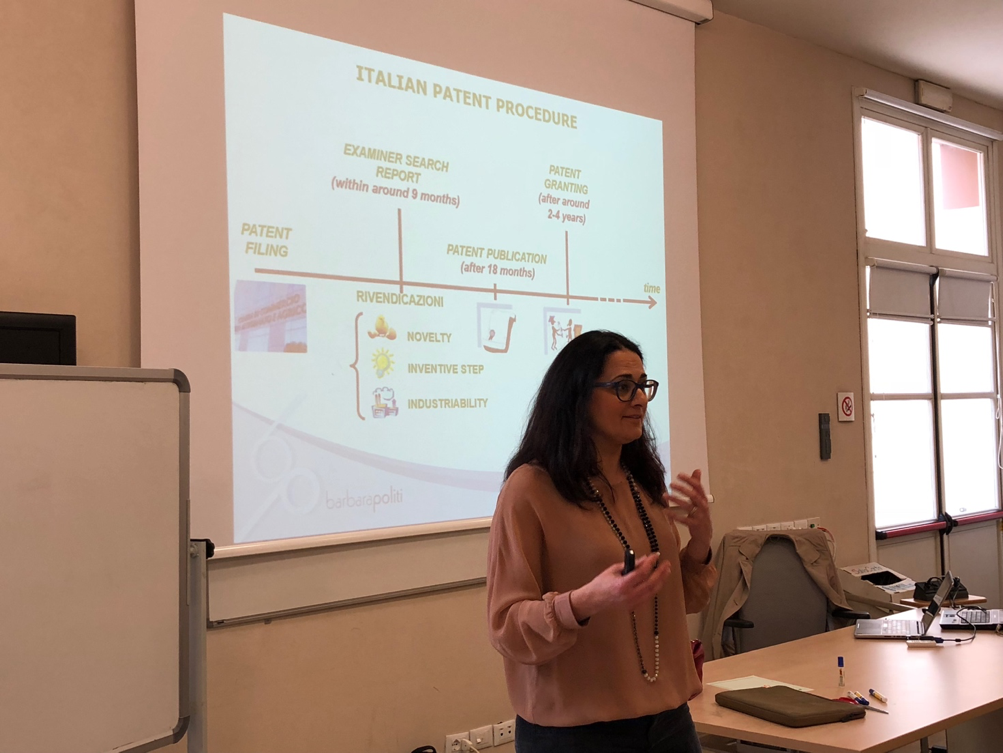 The keynote speakers, Barbara Politi and Enrico Luzzato in the Morning session and Christopher Tucci and Marcus Holgersson in the afternoon session, were invited to present and discuss case analyses pertaining two different approaches of strategic management and IP assets. On one hand, how patents are used in reality as they are conceptualized, formalized and used by firms; and on the other hand, how patents are used in the academic researches as measurement of innovation.

In the first part of the morning session Barbara Politi, as IP Consultant, underlined the use of the patents as strategic tools to manage the innovation inside the firm. After having described, in general terms, the main characteristics of the patents (such as the novelty, the industrial application and the inventive step) and how to recognize them, Barbara drove the students through the fundamentals of the patent competitive analysis as advanced tool for the patenting opportunity preventive evaluation. 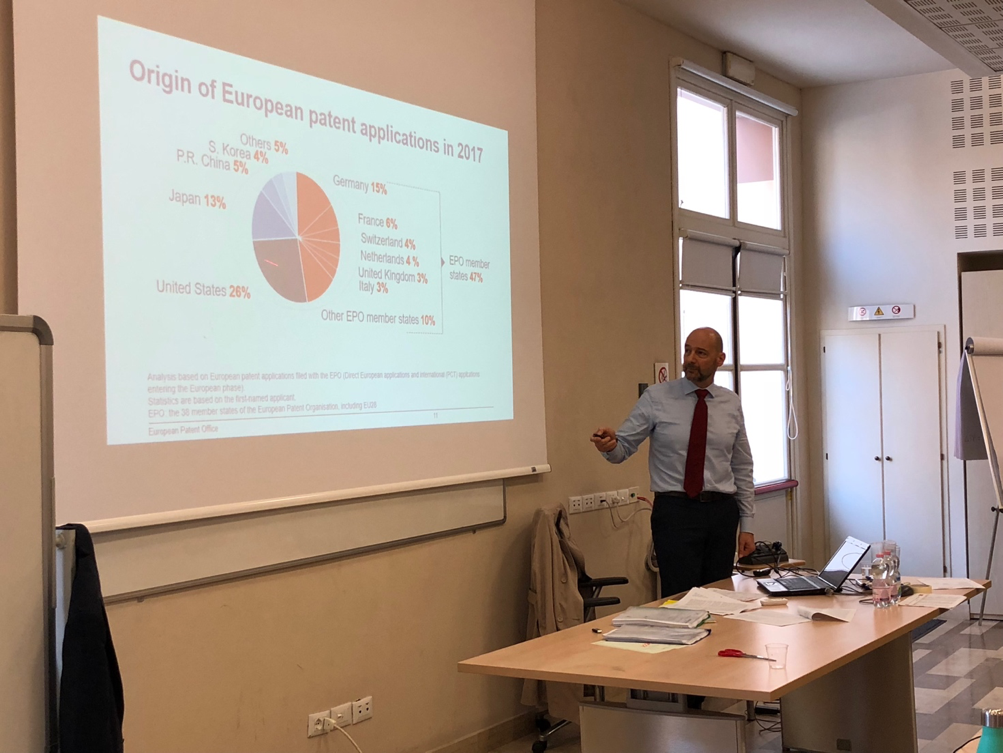 The second part of the morning session was dedicated to the European Patent Office activity. Enrico Luzzatto, Director of the European Patent Academy, enlightened the mission of the Academy and the EPO working principles and modes of operation. Being himself a former examiner, Enrico, described, with practical examples of real patents, to the students how a patent is composed, which are the essentials parts, how it is examined by the examiners and the several phases of the examination process. 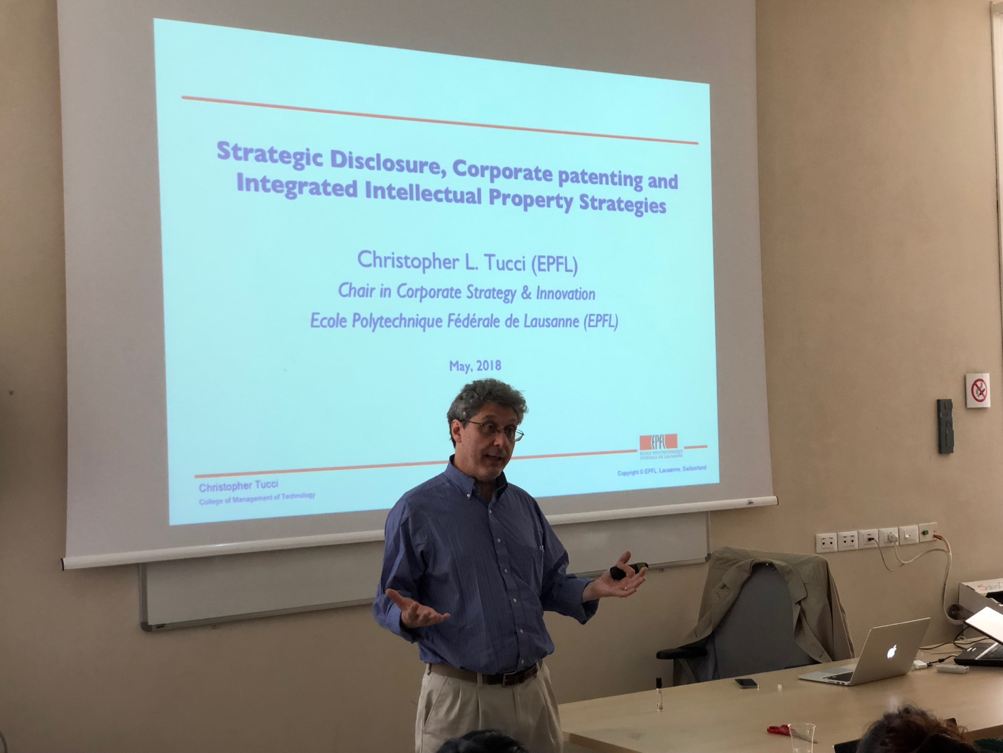 The afternoon session was opened by Alberto that introduced the academic part of the workshop stressing the important role played by patents in the market of technologies as a tool for the development of the technology transfer between different actors (firms or universities). During the session the speakers presented two academic papers published on the California Management Review Special Issue on IP Strategic Management edited by Alberto and Dries Faems.

The first contribution was the one given by prof. Christopher Tucci, professor of management of technology at the École Polytechnique Fédérale de Lausanne (EPFL), Switzerland. In describing the findings of his research on strategic disclosure, corporate patenting and integrated intellectual property strategies, Chris gave the definition of strategic disclosure as “the act of creating novelty-destroying prior art in order to prevent or impede another agent from being able to obtain IP protection on the same or a similar invention or artistic or literary creation”, stressing the situations and the modalities in which firms recur to the use of the strategic disclosure. Chris matched the theories enounced in the presentation with practical cases of four real companies. 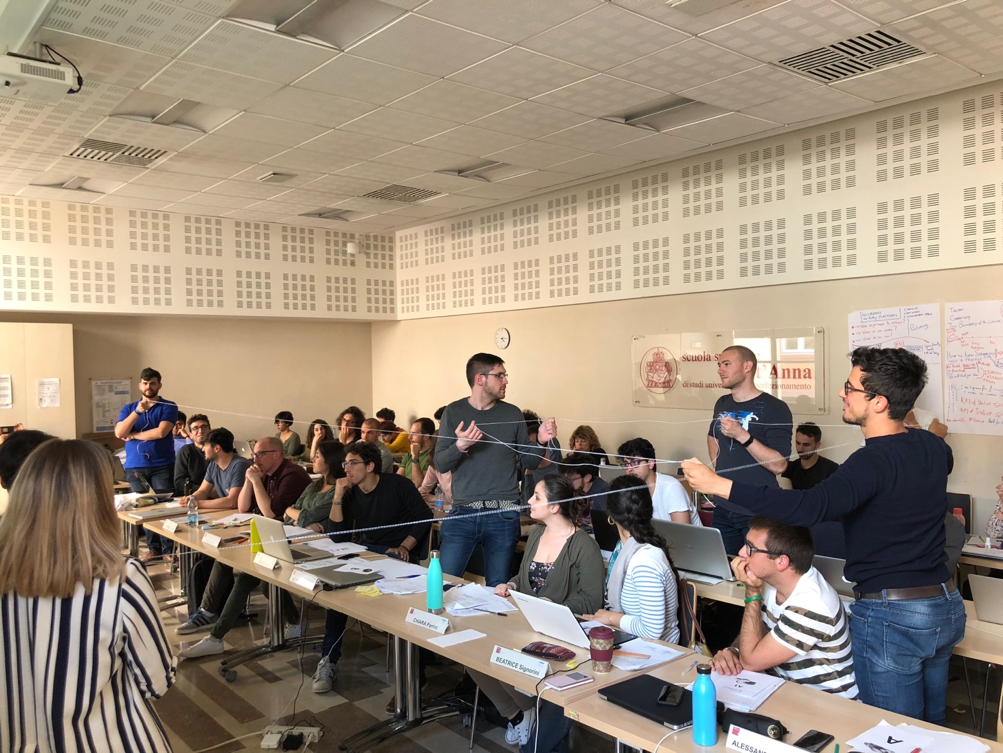 The second contribution was the one given by prof. Marcus Holgersson. Marcus is an associate professor at the department of technology management and economics at Chalmers University of Technology. His research deals with intellectual property (IP) strategies and policies and during this speech Marcus, physically showed to the students how the different IP strategies can link several firms in a complex network of economic interests. Indeed, he involved the students in impersonating different characters such as the principal firm, the rival, their respective IP managers, their suppliers and their clients. The students received a very small but effective taste of the complexity of the market relationships. 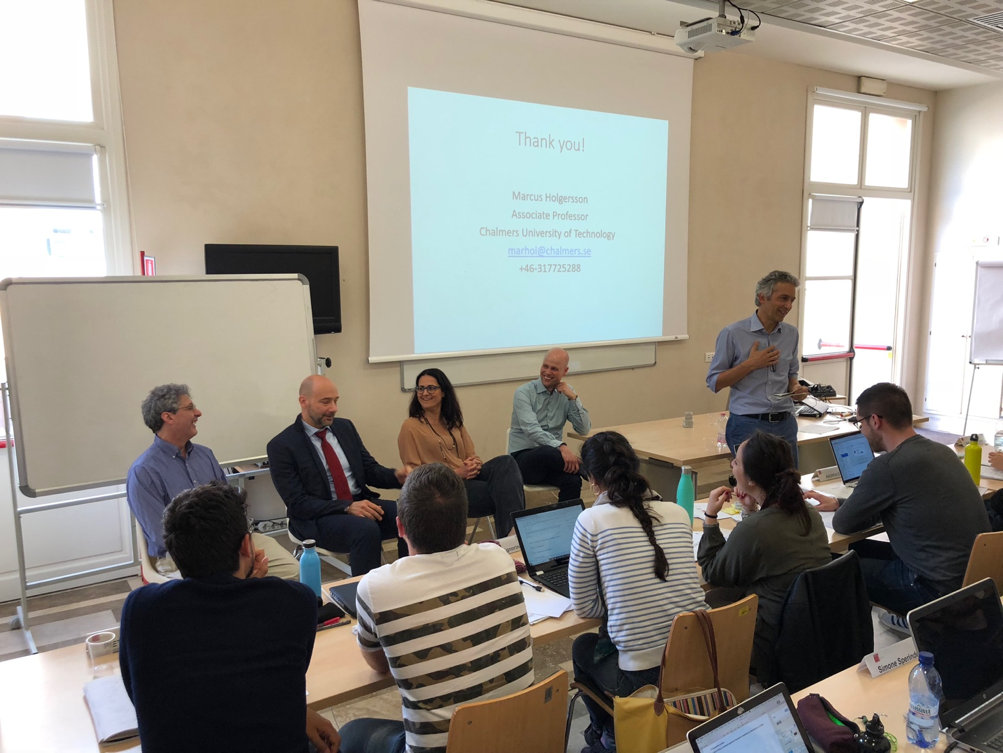 The workshop was concluded by the director of the Institute of Management of the School of Advanced Studies Sant’Anna, prof. Andrea Piccaluga with a very short panel session in which all the speakers gave their closing remarks answering to very short questions of the students stressing once again the importance of the IP strategic management as resources and making relevant considerations about the possible further research topics to address.