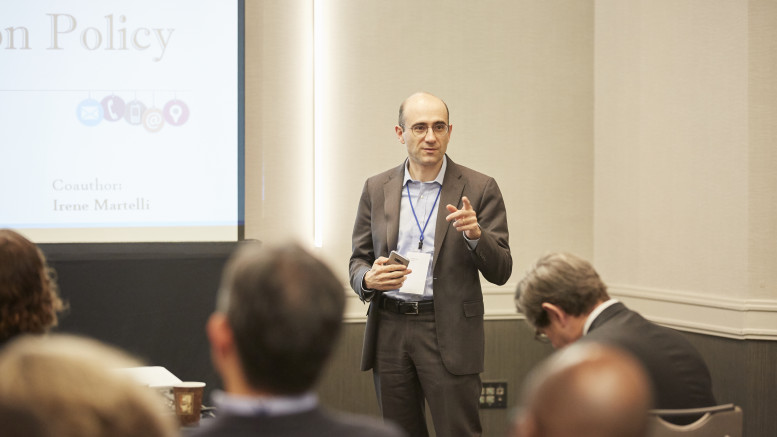 Alberto was one of the organizers of the 4th World Open Innovation Conference in San Francisco.

The success of this event, attended by hundreds of people,  shows that there is a need for academics and industry people and policymakers to come together to learn from each other in a single conference.  During the conference,  50 papers and 12 posters were presented , along with 8 industry challenges.  Alberto coordinated the “policy track” attended by policy makers from various European Countries. 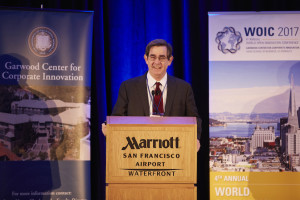 Also, the Italian daily Il Sole 24 Ore dedicated a full page to Open Innovation. Alberto, together with Luisa Caluri and Chiara Eleonora De Marco coordinated this page, and interviewed various practitioners in the areas of open innovation management and policy for Fuoriclasse blog. 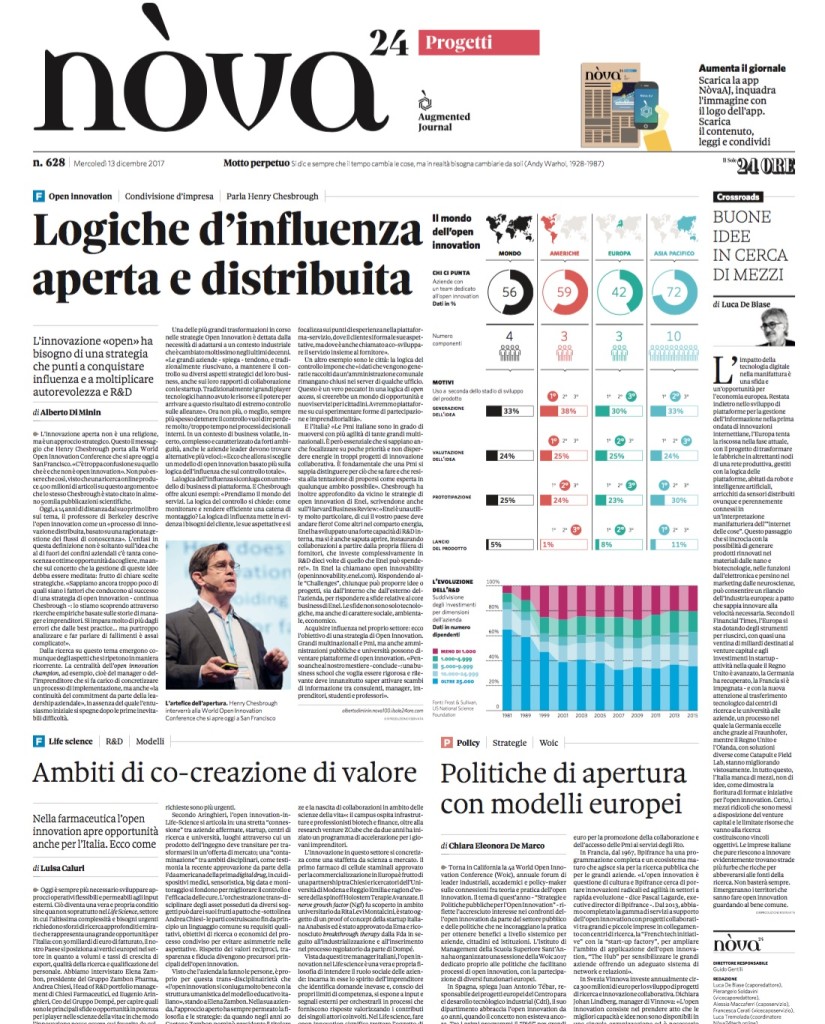 The main message of Henry during the conference, captured by Alberto during an interview:

Traditionally, large companies wanted to retain complete control over everything in their collaborations with startups.  They had the power and the resources to insist on this.  But there is one huge problem for them:  it takes a long time!  Large companies take a long time to make decisions, and in fast-moving environments (the so-called VUCA world:volatile, uncertain, complex and ambiguous) companies must move much faster if they are to succeed.

A new model for large companies is based on a logic of influence, rather than complete control.  The benefit of giving up complete control is that you can move much faster. 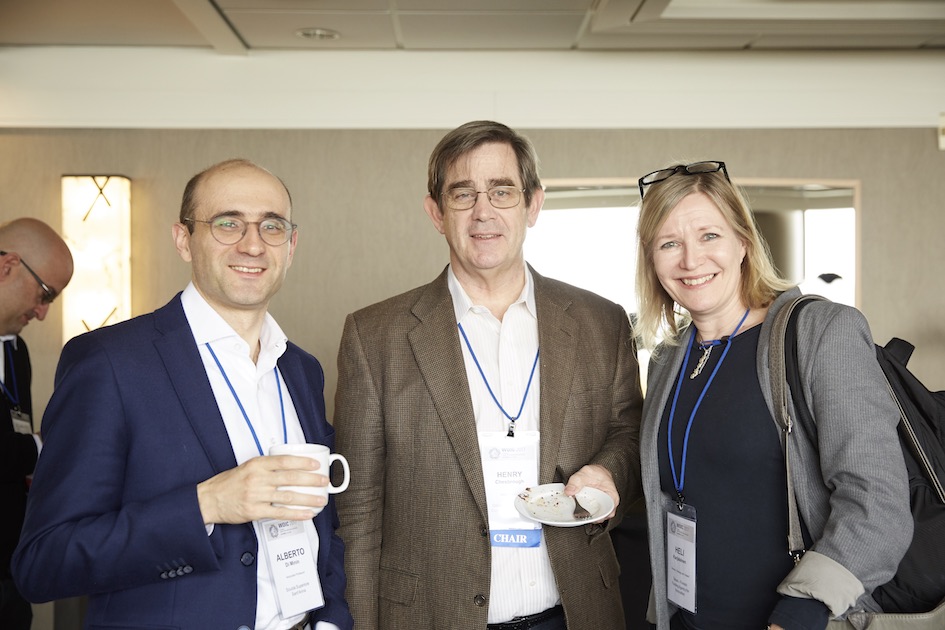 Henry Chesbrough with Alberto and Karjalainen Heli (Tekes), one of the components of the policy delegations